The Blueair Pro XL delivers professional performance that’s a perfect mix of efficiency, elegance and eco-friendly design. Quieter than a whisper on the lowest setting and no louder than a conversation on the highest, the Pro M will never distract you from working or keep you from sleeping.

The Blueair Pro XL with the Smokestop Filter is the optimal choice for removing particle pollutants such as bacteria, viruses, pet dander, dust and pollen. The Blueair SmokeStop Filter also get rid of gaseous pollutants, for example Volatile Organic Compounds (VOCs such as formaldehyde), tobacco smoke and particles. For extra protection against gaseous pollutants, use a Blueair Carbon+ Filter as an add-on filter with either the Blueair Pro Particle Filter or Blueair SmokeStop Filter. 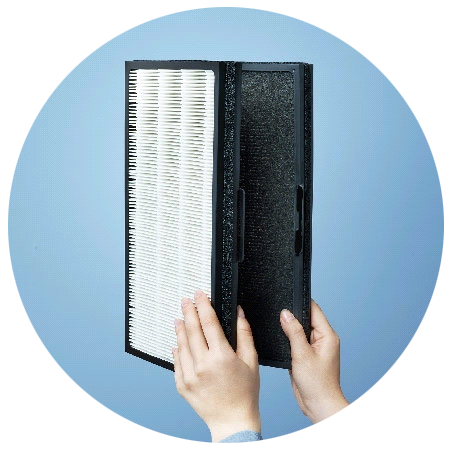 The air purifier for large rooms and enhanced well-being

Create an environment where people can breathe healthier air – whether working alone or with others. Breathing clean air has a significantly positive effect on well-being. The Blueair Pro will protect you and your staff from the negative consequences of indoor air pollution, increase your energy levels, promote a clearer mental state and improve your circulation. 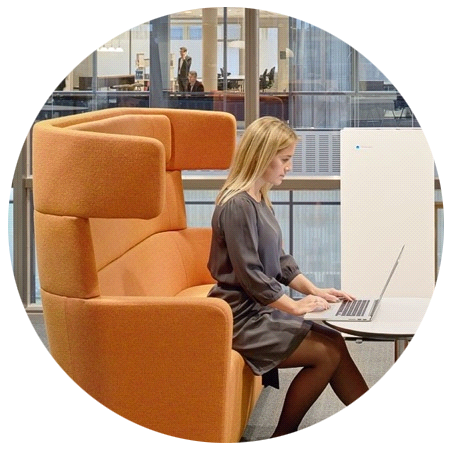